A trading ship is attacked by pirates and one of the traders has helped them.

Now a brother of said traitor must find out what happened and either kill his brother’s killer or his brother himself.

And just to make things all ethnically ok, this is about a character from the eastern empire of Shou, where they just happen to have epicanthic folds, know martial arts and have all sorts of unusual weaponry.

So said Shou hooks up with a bard and they have an adventure.

Not bad at all. Token Asian character was so quick tempered and was always acting out that it pissed me off, but at least he wasn’t some wizened Mr Myogi father figure.

It has been a while since I started this Rogues series so it is hard to compare this to the others, but I do know that I enjoyed this more than the previous one.  This was an enjoyable one shot story that wrapped up just fine and was worth the time I spent on it.

Thazienne Uskevren, from the Sembia & Eravis Cale series, is the middle of Thay, recovering some Crimson Gold so she can pay tribute to her recently deceased father.

Unfortunately for Tazi, she is caught in the middle of a Red Wizard’s spat and even worse, in the potential destruction of Thay, as a demon is about to break loose from its entrapment hundreds of years earlier.

The main saving grace of this book was Tazi and her association from previous books. The idea of a Red Wizards spat involving a chained super-demon is pretty good. Unfortunately, little side story about treasure hunting and the duegar hunting for more of his kind, was pretty weak.

I enjoyed this up until the main battle between the Red Wizards, the demon and Tazi. Up to that point Tazi was a good thief, a good Rogue, but when she was cast as a general for the Red Wizards’ forces, it just didn’t fit. And the whole strategy of throwing one monster army at the other to literally create a barricade of bodies, well, it smacked of ignorance, just like me trying to write a contemporary romance wouldn’t go so well.

Thankfully, this Rogues series has been ok and as there is only 1 book left, I’ll be finishing this series, unlike the Citadels series, which was just poor crap. 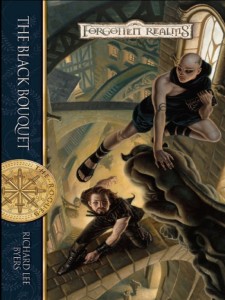 A rogue thief makes a steal of a lifetime, only it costs him his entire team. A ranger comes after him to retrieve the item, as well as a Criminal Boss who is being manipulated by a magician from the shadows.

Mr Thief steals a book that turns out to be a perfume book that has immense value. So that is the premise for this book. Pretty ridiculous.

But the overall story is quite enjoyable with lots of fighting, etc. Chases through the city, under the city, over the city. Good stuff.

The Ranger lady was a pretty wishy-washy character. The book could have done just as well without her if the thief had had half a brain. And if “romance” wasn’t shoe-horned into the story. 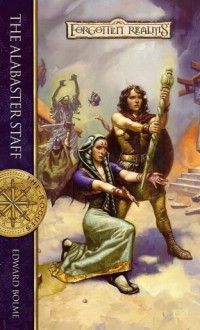 A young girl is entangled in a plot between factions of the gods Tiamat and the fallen god of Unther [where this story takes place]. Also in play are the political powers of Unther and another nation that is trying to take them over.

Kersin [or whatever “exotic” spelling the author makes it to be], the young woman, is forced to steal the Staff of Necromancy, give it away, watch her erstwhile allies get slaughtered, taken into protection by a powerful lord, shadowed by said lord’s bodyguard and in the end, try to prevent the raising of a dead mad god.

The first chapter is very misleading, as it follows a young boy who steals into the city and steals some fruit to survive. He then gives some fruit to Kersin and we never see him again. I felt very bait-n-switch’ed.

But after that, I enjoyed this. The purple prose was really kept to a minimum and that in and of itself made this worthy of enjoyment. Kersin was a likeable main character and there was no love story, or even worse, a love triangle. Thank goodness for that!

The inclusion of the Harpers was a nice touch too, especially since I like the idea of an underground group of Good Guys doing good things to make the world a gooder place 🙂

The ending fight was nice and climactic, with a zombie god and all. Looking forward to the next book in the Rogue series.