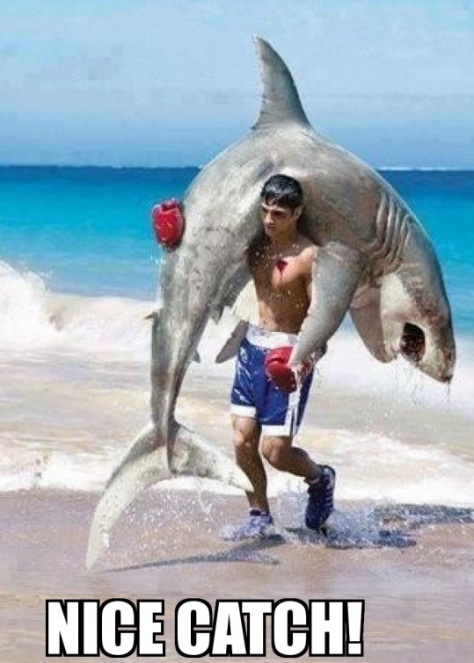 The Burning White by Brent Weeks, the Fifth and Final book in the Light Bringer series.

Every light casts a shadow

Every shadow hides a secret

Every secret holds a truth

Every truth bears a legend

Every legend shines a light

Now is that  cool inscription or what? Each “Every” is from one of the books and it is neat to see them all together in this final book.

I pre-ordered the hardcover and I own the kindle version as well for ease of reading.  The “official” page count for both is around the 994 page mark. However, when I use the “Page Count” plugin in my Calibre library (which I have found to be more accurate),  the kindle version is about 1130. Either way, this is the book I plan on taking up a big chunk of December.

I read the first book, The Black Prism, back in September of 2010 when it came out, so I feel like I deserve this book 😉  I hope my expectations aren’t too high.

Back in my youth, I’d sailed the wide seas and rassled with many a critter that’d give an ordinary man nightmares. Things that devoured men, body AND mind.

And the time came where circumstances forced me to sail those self-same seas again, regardless of the consequences.  Not being a captain who kills his crew, I let mine go. None of them deserved the fate I had in store for myself.

A good manly crew but not even they were prepared to sail with me into the darkness. I didn’t blame them and paid them fairly for the time with me. They deserved to go on with their lives.

So I, Captain Bookstooge set forth on a journey that will either raise me to heights I have never experienced in this mortal life or completely destroy me and crush my very soul. I set my sails for the shoals of Arithmetic. I cast forth my harpoon and my first nemesis appeared. It will be a battle waged for months before a victor can be decided. 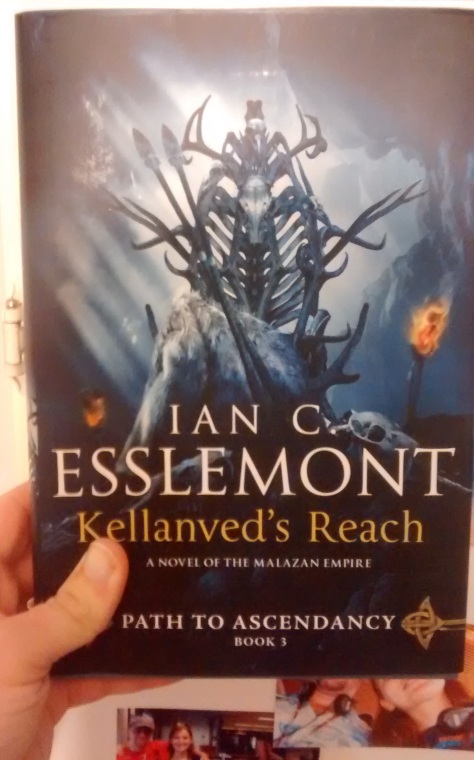 Fourscore and Seven Fortnights ago, when our forefathers were but young spring chickens and Winter Had Arrived, I bought Two Books, yay verily!

Today, the culmination of prophecy is before your very eyes. No longer can you claim ignorance. No longer can your ignore the Word of  Esslemont! With this physical verification staring you in the face, YOU….ARE….WITHOUT….EXCUSE!!!!!

Yep, my hardcover edition of Kellanved’s Reach came in the mail. I’m starting it now and a review will go up as soon as I finish it.  Thankfully, Rebecca has already reviewed it and I’ve lowered my expectations accordingly. At least I think I have.

Is it really a “Book Haul” if it’s only one book? I feel it is cheating somehow, like if a fisherman claimed he had a real haul and then showed you one minnow. There needs to be another, more accurate, term for such things. Sadly, my godly knowledge of words and terms has suddenly failed me and I find myself floundering, like a minnow! 😉

What with having 4 books in a row just be beyond stinkers, I’m taking a break from reading for a week.

I used to be a huge star wars fan. But that fandom began its death back in ’12 or so and its death throes happened when I watched The Force Awakens. I had been collecting Star Wars books ever since the 90’s though and continued to buy them in hardcover from the Science Fiction Book Club up until I bought  Kenobi near the end of ’13.  I have accumulated a lot of Star Wars novels, with most of them being in hardcover. They take up 3 shelves, double stacked, on one of my book shelves and honestly, it is time for them to go. Mrs B wants to keep the X-Wing books as they are just good adventure stories, star wars or no star wars.

I don’t know what to do with them all now. So before I make any decisions, I’m just going to do a couple of posts showcasing them all so if I ever feel regret once they’re gone, I can simply look at these posts and be all good. 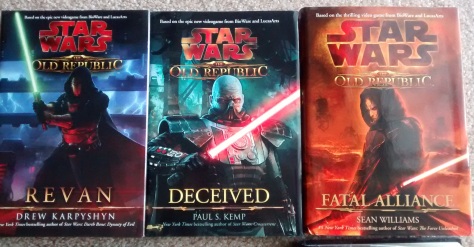 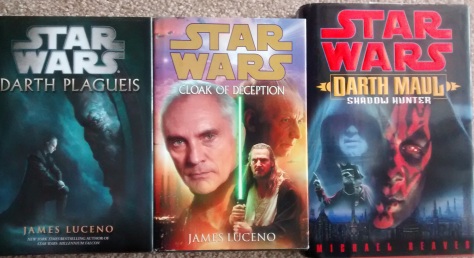 Prequels leading up to Episode One aka The Phantom Menace

All 4 variant covers for Episode One. 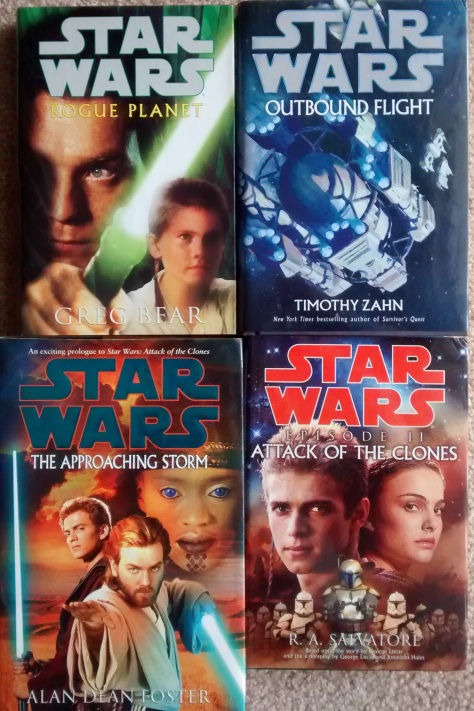 Prequels leading up to Episode Two, aka Attack of the Clones

I’ve tried to group my books together by Era, which seems the best way. I believe it is all chronological, but with them no longer being canon, who knows.  14 books, with about 90+ more to go. Hope you all like Star Wars covers 😉 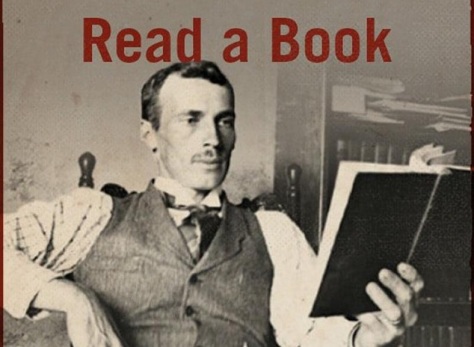 The problem with reading books is that a lot of the time that leads to ACQUIRING books. For those of us who don’t live in McMansions this can lead to inevitable space issues. Mrs B & I live in a sub-1000sqft condo so space is at a premium. That leads to things like Book (un)Hauls.  A Book (un)Haul doesn’t mean that suddenly you have more general space, oh no! It means you have more space for MORE BOOKS! As a dedicated bookworm, I take that responsibility seriously.

Books, Vertigo & Tea did an audio review of The Science Fiction Hall of Fame: Volume One about 3 weeks ago and I immediately ordered it, used, from Amazon. I got the trade paperback copy because it was only $4. I just started it today as my work lunch read and if it keeps up to its promise I’ll be buying it in hardcover.

Now I present my pièce de résistance.  Loose Logic put me onto the fact that the 35th Anniversary set of Akira was in hardcover. I am a big Akira Manga fan so I was pretty ecstatic about finding out about such a find. However, it was out of stock on Amazon and all the 3rd party sellers priced it WAY out of my price range. I was bemoaning this on Loose’s post when he informed me that it was in stock at Amazon Canada and below msrp. I grabbed it!

Big Box Set. Sentenced to Prism is a massmarket paperback, for scale 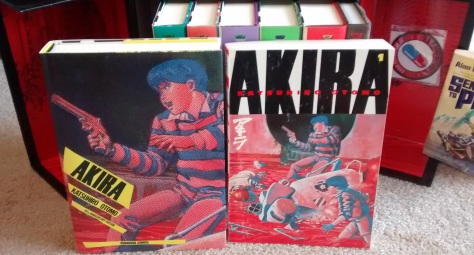 I turned the book around on the hardcover so the spines were facing the same way, but the hardcover is now right to left, the way it was meant to be.

An example from the artbook. Colored and glossy. Tetsuo using his new psychic powers for the first time.

This photo also highlights why I don’t recommend this manga to just anybody. There are some caveats.

So there you have it. All that room I made by getting rid of Terry Brooks’ books? Gone.

And once again, a big thankyou and kudos to both BVT & LL for bringing these to my attention.

I have had some of these books in my possession since the late 90’s and haven’t read them since then either. So when my cousin told me her step-son was participating in a fund-raiser that used the weight of the item to generate funds, I knew I could kill 2 birds with 1 stone. Get rid of almost 25 books and since they are hardcovers, they are bricks and should generate some serious money.

I’ve got an actual Book Haul post coming in the next couple of days (yep, those books never stop coming in) so I figured why not do an Un-Haul post? I’ve mentioned Terry Brooks and his plethora of books to several of you so I know you’re deeply interested, hahahahahaa.

The Word and the Void trilogy. It was Brook’s first Urban Fantasy and everyone thought it was a standalone, until he decided to tie it into his Shannara series. Very filled with his Dualism philosophy.

The original Shannara trilogy with its after the-fact prequel.  Sword was a Tolkien clone. I enjoyed Elfstones the most of these four.

And this is where Brooks tied his Word and Void directly into the Shannara world.

Magic Kingdom for Sale/Sold.  Another series by Brooks and I really enjoyed this first book. Thank goodness for ebooks though *wink*

Each book gets progressively less appealing.

Then they get bad. There’s another book after these that I read but didn’t even bother to buy. It was that bad.

And here are all the books stacked up, with Earth: Final Conflict playing in the background.  I’m going to have to load these up into cardboard boxes and cart them downstairs. 3 flights of stairs, sigh. Well, better doing this little lot now than in another 10 years when there is 10 times as much.

And that’s what I call a serious Book (Un)Haul. I will leave you with this suitable quote from Vash the Stampede because I just love you all so much *wink* 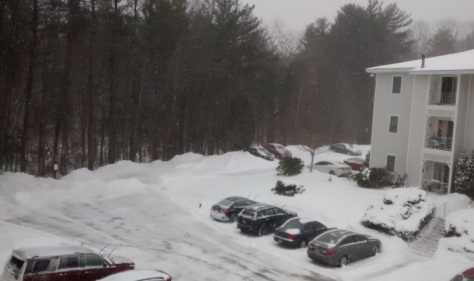 What you can’t see is the snow blowing and falling. It’s great to be inside on the couch sipping hot cocoa and reading.

Nothing says post-Christmas, post-New Years like a snowstorm and lots of goodies from Amazon.

Finishing up collecting Zahn’s latest Cobra trilogy.  Right now, I’m collecting more out of a need for completion than any real interest. The original trilogy was pretty good but everything else after hasn’t really grabbed my attention.

Under the Red Hood was a purchase inspired by Lashaan at Bookidote.

Superman: Action Comics: Path of Doom was definitely all Bookwraith’s fault. We’ll see if this is a self-collected storyline or if I need to buy a couple more volumes. I need something to restore my faith in Supes after the debacle that was Doomed.

Spiderman: Homecoming is a movie that I’ve been wanting to watch despite me approaching maximum Super Hero Movie burnout. Hopefully in the next couple of weeks I’ll watch it and put up a review. My first movie review for ’18. Oh the joy