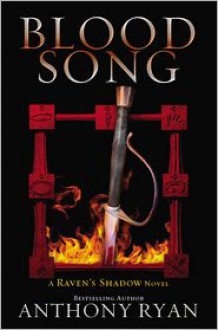 This review is written with a GPL 3.0 license and the rights contained therein shall supersede all TOS by any and all websites in regards to copying and sharing without proper authorization and permissions. Crossposted at Bookstooge.booklikes.blogspot.wordpress.com by express permission of this reviewer

We follow the adventures of Vaelin Al Sorna, from his abandonment by his father, through his training at the 6th Brotherhood and up until his climactic battle in service to his king.

But not everything is as it seems, neither brotherhood, nor kingdom nor even Vaelin himself.

This would have been a 4 star easily, maybe even a 4.5, but for one thing. It was just too long! At over 700 pages, this was more of a Sanderson tome than anything. It was written well, the different adventures were awesome, the greater threat is slowly revealed, but I found myself wanting it to be done around the 500 page mark.

I had to read 2 other small books [200 or less pages] while I took a break from this.  And the whole “scary magic thingy blah blah blah” that is going to be the main threat, it struck me more as tacked on. Kind of wished that things had stuck to the physical threats instead of delving into the supernatural.

With all that being said, I did enjoy this book and am looking forward to the rest of the series. But I’ll probably wait until it is all released. I don’t feel like being dragged into the unknown.