I was browsing WordPress the other day and one of the blogs featured had a Tag, so I figured I’d read through it to see if there was any questions I liked that I could twist for my own fun.

Well, one of the questions was “What was your last 1star book” and the young lady answering it wrote something like “Oh, probably never. If a book is that bad, I just DNF it”, with the assumption being that it doesn’t get rated and I’m guessing, not reviewed. BVT also recently did a post where she talks about Negative Reviews and how she appreciates them.

This led me to think about this whole subject beyond my little comment on BVT’s post. It still comes down to Trust so while I’ll be talking about that, I’d like to talk about some of the other components too.

If a book reviewer deliberately with-holds a review because it doesn’t get a particular rating, that is dishonest. Lying by omission is still lying.  A blogger might write completely honest reviews about all the fantastic books they read  but if they don’t publish the reviews about the crappy books, that is like someone doing their checkbook and showing only the credits  and not the debits. It’s honest, but it’s not the real picture. Just ask your bank.

Another reason that I won’t follow people who state they won’t do negative reviews is because it shows a paucity of character and a lack of integrity. If you don’t believe me, this picture from the INTERNET will show you the truth!

Now, there is a difference between being a dick online and calling a piece of garbage a piece of garbage. Exactly where that line is though, that’s a very tough question.  It’s also tangential to this discussion so I won’t discuss it further.

Another reason to write negative reviews is to help out other readers.  For the record, I want to state that reviews are NEVER for the author. N-E-V-E-R!!!!! They might get something out of them but it was never meant to be for them. Reviews are for other readers. If you are going review books, it is your duty to not only steer your followers towards the books you love, but to also steer them clear from the disasters, the broken bridges and the just plain bad books.  If you drive off that bridge, put up a freaking warning sign.  Its pure negligence if you don’t. Friends don’t let friends read bad books without warning them. 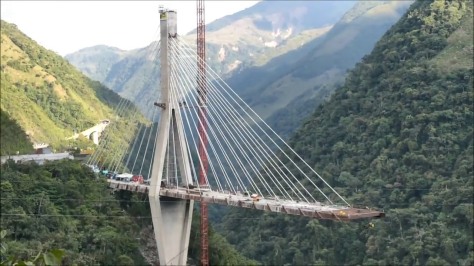 Another reason that negative reviews are a reviewers duty is that unlike in Magic the Gathering, you don’t get extra turns in your reading life. You read that bad book, that time is GONE! Don’t let others repeat your mistakes. Let them learn from you.

Finally, a book blogger may feel virtuous for not having any negative content on their blog. That shows a lack of understanding of what is virtuous, what is right and is a paving stone far along the path to hell. Yeah, I’m not going to pull any punches here and nothing funny like the ending of the PSA post from last month. I don’t want to follow someone with that lack of understanding, it is just plain dangerous to be around them.

This fairy is about to burn up in the fire. Good intentions not withstanding.

Thoroughly reviewing Old TV Shows, Movies, and Books Before You Forget Them

Tip the Wink
The diary of my stomach~