This subject is one that I think about at least once a month.  Being introspective, I tend to look inward a lot and discuss with myself if what I’m doing/thinking/saying is adversely affecting myself or changing myself in ways that I don’t like. Basically, am I living a lie with this Bookstooge moniker?

Thankfully, the answer is an emphatic “No!”. If you were to meet me in real life, while I would be different than your expectations, you could still recognize me from how I act and talk here.

Bookstooge is an identity. He is not a whole personality but neither is he a deliberately skewed persona that I don when I go online.  Bookstooge doesn’t care if indie authors rant at him, threaten him or call him nasty names. When a rabid fan of some book he hates comes over and tells him, in excruciating detail, about why he is wrong, he just gets a bit angry and a bit of non-review post material. In a day or two, that’s all gone and Bookstooge is right back to writing reviews and posts and whatever crap fills his head. He is a coping mechanism for dealing with the internet and the phracktards who inhabit it.

I joined Goodreads in 2007, and became active in 2009. I used my full name, kept my profile photo updated to within a year and listed what State I lived in and lots of other factual data.

In ’12 and ’13 I had the beginnings of my war with the Indies.  Things ran the gamut from general name calling to such items as being told to stick my hand in a blender [so as to not write any more reviews] or threatened with a general beating.  So when I left GR in late ’13 because of their silent censoring issue, I decided that I needed something to buffer me. And thus was born Bookstooge. Of course, it only took about 2 weeks for “Bookstooge” to get splattered upon by the “Stop the Good Reads Bullies” folks but that was more a badge of honor than anything.

Funny thing is, “Bookstooge” is now more known that “I” ever was. How’s that for irony?

Does this mean that I am on the path to becoming a character in my own movie, ie, “Split” by Shyamalan? I do have the bald look already, so there’s that: 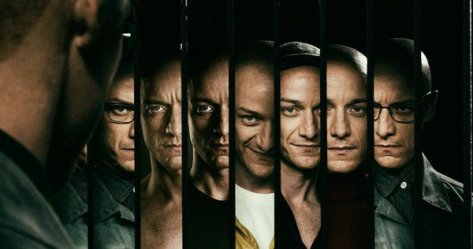 But heeeeey, it’s MEEEEE we’re talking about. I’m pretty bloody stable, and don’t you forget it! *all up in your face with my shiny bald head*

But honestly, I’m not crazy. I know I’m not crazy and you know I’m not crazy. My Bookstooge part of me is just another part. I act differently in my Monday evening church men’s group than I do in services on Saturday. Or put me in a crowd and whammo, suddenly you don’t see a side of me that you’ve never seen before [ie, I sidle up to a wall and do my best to hold it up]. Does this mean my psyche is shattered into a billion pieces? Mrs Bookstooge just informed me that mine IS shattered, but into a TRILLION pieces. So there you go, The End.

Thank goodness it doesn’t mean that. What it does mean is that people are the most complex thing on this earth. It is a constant reminder to me that when I interact with each and every one of you, that I don’t have the full story, not by far. I don’t know what motivations lie behind your comments, your posts. Sometimes, you probably don’t even know, so how in samhill am I supposed to? So I need to exhibit patience when I don’t want to. I need to show restraint when I just want to type it all out.

To wrap this venerschnittzlefrauzen up, since I know who I am, Who I am grounded in and am stable, these wonderings each month tend to be a good reminder to treat you all with a bit more “whatever” that you may need at the moment.

Of course, if you’re just bullshitting me, I’ll bury you 😉 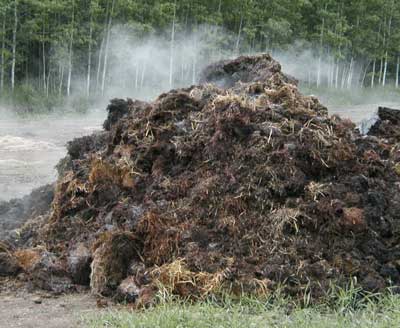 32 thoughts on “Aliases, Avatars and the Fracturing of the Psyche”