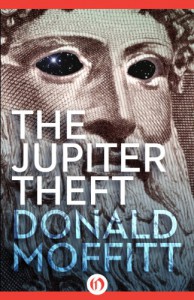 Humanity has expanded to Mars but at the cost of a totalitarian regime back on Earth. A scientist discovers a mass moving towards our solar system and it turns out to be aliens, who are taking mass from Jupiter to power their ships as they hop around the galaxy.

A group of scientists, and some “Security” are tasked with finding out as much as possible about the aliens and so they take some nukes along with them. Stuff happens and a couple of people survive and humanity gets a new planet and some tech.

This was boring. Yes, at the end a lot happens, but it felt like I’d been traveling 100 miles at 25mph and then for the last 100 yards the driver floored it and accelerated to 60mph.  Books like this are why I’ve become more of a fantasy guy over the years.

If you enjoy having numbers and “science” thrown your way like heavy brick walls, then you might like this book. I didn’t hate it, but I did end up creating a “Boring” shelf because that was my main impression by the end of the book.

And the hippy culture that permeates the future? That is what happens when you extrapolate the future from the present and don’t even try to think through what changes “might” happen. Come on, Free Love and Joints for everyone? On a spaceship? I think the author was just writing his wish fulfillment of grabbing some tail while high.

Good or bad, this book did not entice me to read any more by Moffitt. Back to the dust heaps of anonymity for him!